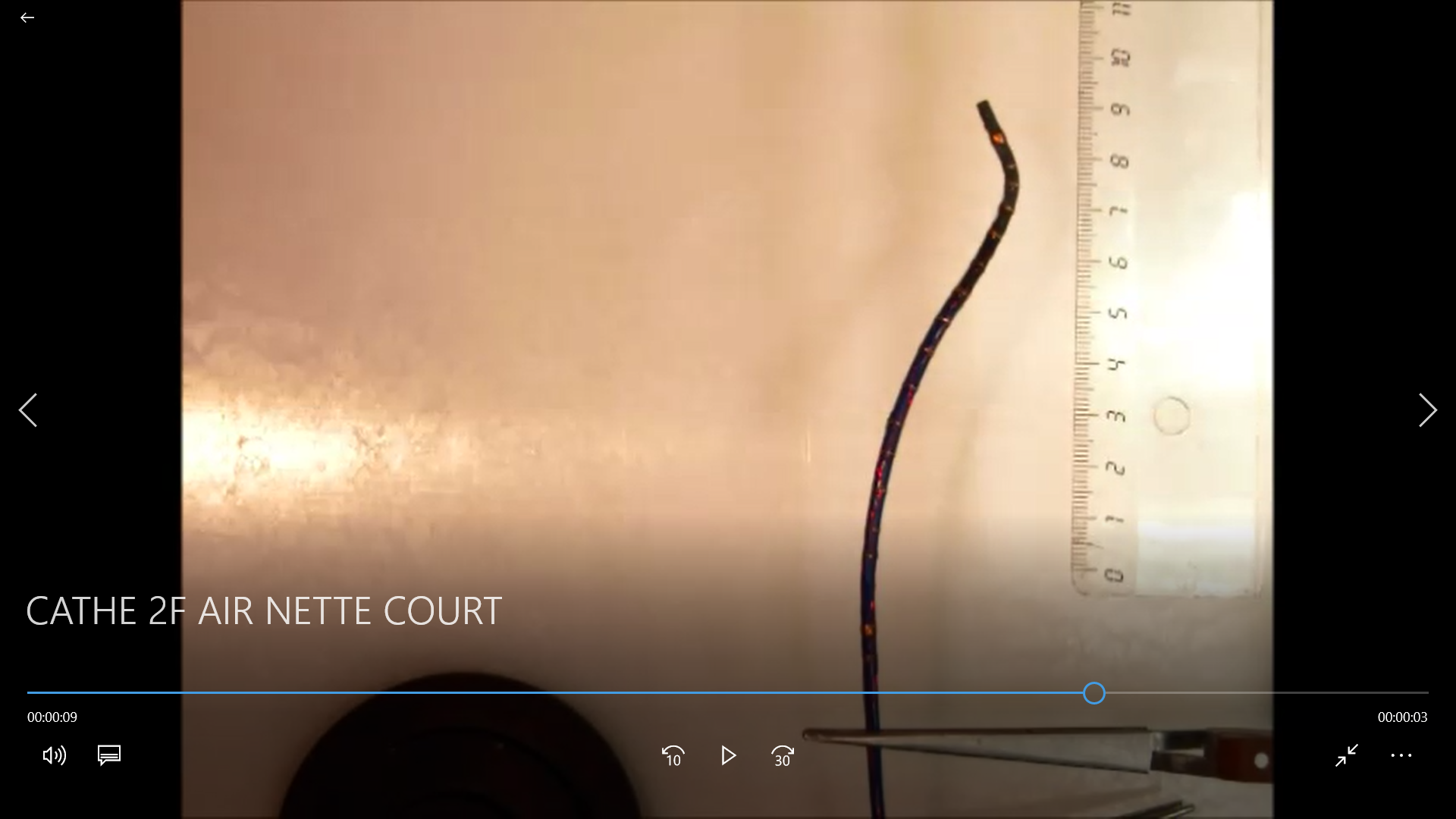 Context of the CATANE project:

This project concerns the robotization of neuro-radiological or endo-luminal procedures based on catheters. It is part of a continuation of an activity of ISIR, initiated in 2005, on the theme of active catheters controlled by shape memory alloys (AMF). The work carried out within the CATANE project focused on the development of active catheters for neuroradiology, for which the requirements in terms of compactness and performance are the highest. The entire project was conducted in collaboration with an Interventional Neuroradiologist (Dr. Raphaël Blanc, Deputy Head of the Adolphe de Rothschild Ophthalmic Foundation).

Tests regarding robustness were performed to verify the performance and characteristics of active catheters on the long term. The lifetime of the prototypes could thus be evaluated at about 100 cycles (activation / cooling). Temperatures measurements under different operating conditions were performed to obtain an estimate of the temperature increase related to activation. They confirmed the slight rise in temperature in the environment (rise below 10 ° C). In-vitro tests on an anatomical model were performed with the help of a practitioner. They made it possible to confirm the interest of our prototypes and to validate the achieved performances in terms of radius of curvature and bending angle. The prototypes have shown a lifetime of more than a hundred bending, without degradation of performance.

The CATANE project gave rise to an oral communication at AIM 2014 [1] as well as to a poster presentation at SURGETICA 2014 [2]. On this basis, the setting up of a maturation project in conjunction with the “Satt Lutech” Technology Transfer Accelerator was set up to continue the project and start a phase of effective technology transfer to industry. In 2016, we won the International Innovation Contest (BPI France) and the Basecamp Vascular start-up was created to complete the industrialization and commercialization of our active catheters.

This project is founded by CAMI labex.