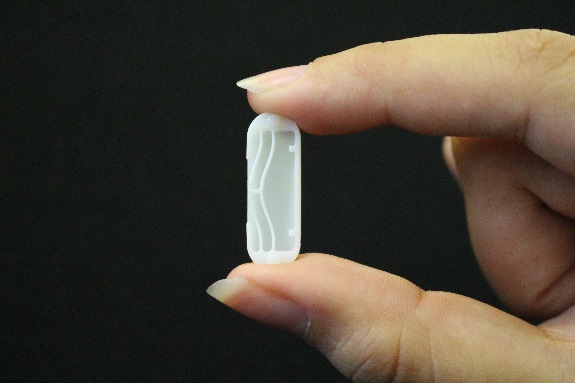 The main objectives of FLEXTER are the development, design and fabrication of microrobotic systems for non-invasive medical tasks inside the gastrointestinal tract based on bio-robotic interactions.

Since the appearance of the first endoscopic capsules for the observation of the gastrointestinal tract around year 2000, several prototypes of capsules have been designed in various laboratories with the aim of integrating new functionalities such as navigation, immobilization in the digestive tract, drug delivery and sampling. These prototypes are based on the miniaturization of macroscopic mechatronic concepts to adapt them to dimensions compatible with digestive tract navigation. However, while original ideas are explored, these top-down approaches most often lead to complex, expensive and hardly compatible designs. This is why most of them have led to systems that are not clinically exploited.

The FLEXTER project aims to develop microrobots for performing tasks in the digestive tract, particularly in the small intestine, using biocompatible additive manufacturing technologies and bio-robotic interactions. This bottom-up approach, based on microtechnologies, aims to produce simple, low-cost microrobots with a short time to medical applications through early integration of requirements and constraints of medical environment to achieve fast clinical exploitation.

Two research projects are under development: the first deals with the collection of samples from the intestinal microbiota and the second concerns the control of the production of anti-inflammatory proteins for the treatment of chronic inflammatory bowel diseases (CIBD).

Microbiota plays a major role in digestive, metabolic, immune and neurological functions. The first year of the project was devoted to the definition of original principles for the design of intestinal microbiota sampling capsules. The joint work between the three laboratories led to new concepts allowing sampling without the use of electronic functions or on-board batteries. These systems are based on the use of bio-robotic interactions. The second year was used to reinforce the concepts developed, particularly from the point of view of modelling and predicting the behavior of the capsules.

In order to allow sampling of the microbiota without surgery, the definition of a sampling strategy must be developed.

The work done was focused on the development of solutions for the mentioned challenges. The introduction of the device is obtained by the limitation of the size to dimensions of a capsule that a human can swallow. This is defined by the 000 sized drug delivery capsules (approx. 26mm length and 9.9mm diameter). The navigation through the GI tract is obtained by peristaltic movement and smooth surfaces of the device. Protection against gastric acidity can be obtained using an enteric coating commonly used in the pharmaceutical industry. Sampling, sealing and protection functions are obtained using various principles briefly described hereafter.

Use of stored mechanical energy for actuation and sampling:

Our first sampling capsule exploits the principles of “informed matter” in order to open at the desired position, then swell while capturing several hundreds of microliters of intestinal fluid, then automatically seal itself and travel along the intestine, where a specific retrieval mechanism is used. The advantage of using such a swelling autonomous microrobot is that several sampling capsules can be included in a single 00 size delivery capsule (which is the size of many classical medical pills).

In vitro and animal experiments have shown that the device is able to collect intestinal liquid, and enables microbiological and multi-omic analysis of the intestinal liquid. A clinical trial on 10 healthy volunteers is scheduled in Q2 2019. Several clinical partners have already expressed their interest for this capsule, which will open the possibility to use microbiota as a biomarker of the prognosis of evolution of complex pathologies such as Chronic Inflammatory Bowel Diseases, Parkinson disease, Multiple Sclerosis, Obsessive Compulsive Disorders, Non Alcoholic Steato Hepatitis, … A startup is scheduled in 2019 to exploit this concept, with the support of Linksium (Grenoble industrial accelerator).

Design of a sampling capsule based on bistable mechanism

The second design is based on the use of biocompatible 3D printing to manufacture a capsule able to perform sampling of microbiota using the same actuator as the one designed for the previously described sampling capsule. This actuator triggers a bistable deformable structure. The bistable structure is designed to allow easy triggering by the actuator and hard locking of the capsule after sampling.

The proof of concept has been validated in-vitro.

Control of the production of anti-inflammatory proteins for the treatment of chronic inflammatory bowel diseases (CIBD).

As part of FLEXTER, a challenging bio-robot is being developed to produce and deliver anti-inflammatory molecules locally and transiently in a controlled manner. It allows immobilization of the bio-robot in the affected area (ascending part of the colon) and releases drugs in-situ for several days. Thereafter, the biorobot is eliminated.

The control principle is based on bio-robotic interactions and is illustrated below.